If you’re in the northeast, or just like traveling, you should immediately block out this weekend and start making travel arrangements to get to Montreal, where the North American FPV Meet will be held this weekend, July 29th through 31st.

Last year’s event, in upstate New York, was an absolute blast. With several hundred pilots flying everything from quad racing drones to traditional full fixed ‘flying wing’ type craft, with a smattering of traditional ‘fixed wing’ gliders, airplanes, and stunt planes – the event was 3 days of high speed fun in the rural hills of New York. Folks who were familiar with quadracing got to experience fixed wing racing (see below) and wing racers were able to see quadracing in all it’s smaller, yet just as exciting form.

At the end of the event, awards were given out to the winners in each category, with awards supplied by the sponsors.

This coming weekend looks to be another great event, this time up in Canada, with on-site camping, food, a long well established flightline, and of course the great organization of the staff from NEFPV. 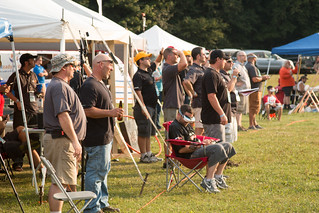